Kalashnikov Bayonets of the World

Dedicated to the Study of Kalashnikov Bayonets and their Variants

Taken off the net, here is a pic of the Indonesian AK47 bayonet.
Not known if these were made for commercial sale only, or made for a contract somewhere. But Indonesia does not make their own AK, so the source of these hasn't been confirmed yet.

Here are some closer photos of mine. These were showing up on ebay a few years ago with some regularity. Supply seems to have dried up.

I wish I had obtained one of these when they were available. One thing I noticed about them, as I was able to examine 5-6 of them over the years, was no two were exactly alike. There were several minor differences in both the bayonet and scabbard. Grip panels, fasteners, latch piece material and checkering, blade and fuller shapes, machining and pommel shapes, scabbard parts and assembly and obviously, the hanger style and fabric. Also none of them had anything in common with those made by the ComBloc countries. They appear to be almost individually hand made and assembled. Fit and finish is a little rough in places. Or perhaps made on crude equipment in small batches!? The one thing in common was they were all functional and fit on an AK47. To the best of my knowledge Indonesia never manufactured AK47 rifles, but did import them from various sources for their military and police. Perhaps they made up bayonets on demand domestically as needed? Or perhaps these were just made up for the collectors market??? Enough interest, maybe they'll make up some more, (I hope!) ??? Mike
Top

I was recently offered the Indonesian ak47 bayonet at a reasonable price and so I grabbed it! Its the first one I personally have ever seen for sale and this particular piece shows some crude machinery. There is actually a hole in one side of the grip panels and the plastic shows additional signs of air that got in to the mould.
I think its an interesting piece and would love to see proof that the indonesians are actually using this - or have used. 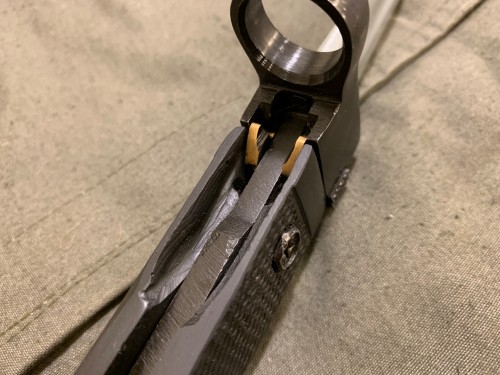 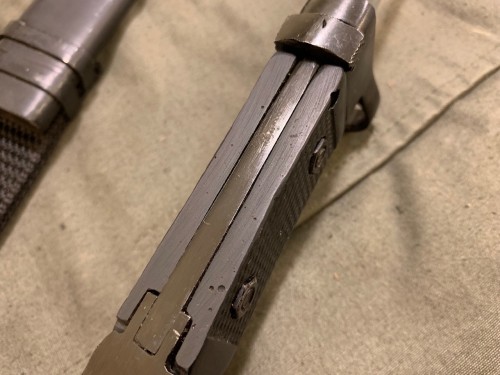 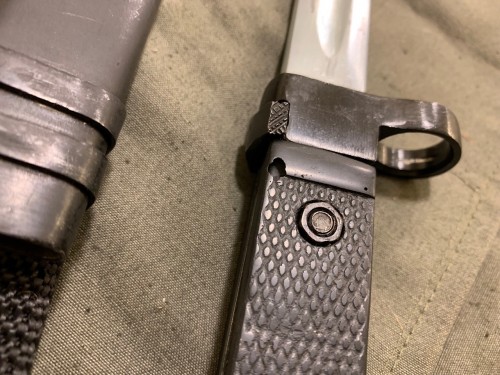 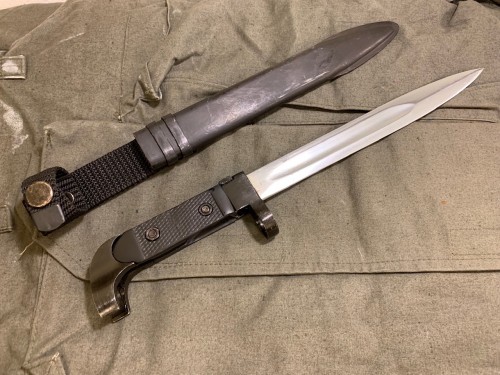 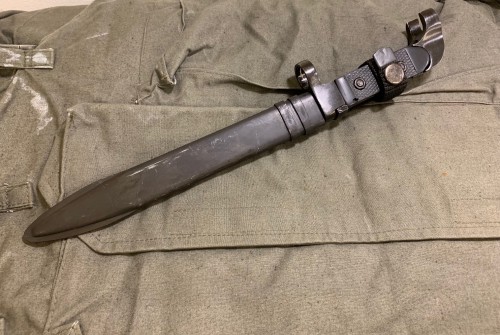 Very nice! I am envious. I believe these were made up for the tourist / collectors trade. The quality and uniformity is lacking for something military grade. Supposedly Indonesia imported quantities of AK47 rifles from various sources for military and police use. However it is unknown if they imported the bayonets to go with them. It is possible that a few were hand made for them. I have examined 4-5 of these in the past and no two were the same. Differences in materials, fit and finish. I would like to have one in my collection if anyone has one they would like to sell or trade. Mike
Top
Post Reply
5 posts • Page 1 of 1